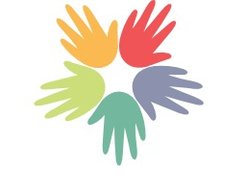 After many visits to my GP with bladder problems, which I had suffered from for years, I was told I had a bladder infection. After weeks of tabletsetc with no success I was referred to New Cross Hospitalfor tests. After some time I received a letter from the Hospital to see a specialist. The wife and myself went to see him in late 1999.  After a long chat he said "I have some news for you, after extensive tests,it shows you have bladder cancer, and I recommend a operation to remove your bladder and prostate." That was a shock, he then went on to say," I want you to go home and have a nice Christmas and I will see you in the New Year. After your surgery you will be fitted with a Urostomy bag which the Stoma nurse will help you and explain everything to you." I was expecting something was wrong because of my life of dirty jobs, smoking,  and a lot of drinking, but it was still a shock, my first thought was for my Wife, Son, Daughter in Law and my 2 Grandchildren. We managed to get through Christmas the best way we could.New Year's Eve we were invited to my son's house but things got worse, I was in a lot of discomfort I was passing a lot of blood in my urine. 2000,the next  year came that news we were waiting for. Early in February I received a phone call from New CrossHospital. Can you come in today ready for your operation, I packed a case and I was in the ward in about  2 hours. The Stoma nurse came to see me and explained everything to me, and told me what was going to happen after the operation was over.That night was my first night I had slept in a hospital bed, not very good I must admit, I had time to reflect on my life. Woke up early next morning ready for the day ahead. Then for the next 3 days I was put on some sort of Chemotherapy. On the fourth day the surgeon came to see means marked my stomach up where my stoma was going to be situated, he then said" see you in theatre later". I was taken down in about 1 hour.  I had not got a clue where I was. When I did come round the first thing I did was to feel my stomach to see if it was done , glad to say it had , the operation took six hours. I was told I was in intensive care and I would be in there for a few days. The family came to see me that night they were all glad to see it was all over. I was returned to my ward to rest, on the third day the consultant came to see me and said " you have had a major operation and it all went well, the Stoma nurses will look after you and I will see you in OutPatients in a few months time."  I was released from Hospital in about 20 days with everything I needed , the Stoma nurse came to my home to change my dressings and Urostomy bag for a week and showed me what to do, they were fantastic. As the weeks went by I got used to changing my bag it was now part of me. It was great not having to run to the toilet every five minutes and not having to get up in the night. A few months went by and I had to go back have a rupture operation which is common I believe in most operations like mine. In a few weeks I was feeling fine with the help of the district nurse who came in every day to change my dressing. The months went by, well in fact the years went by, 14 years in fact. The reason I am writing this story is because it might, I hope, help people who are going through the same as I went through.  It is now 4-3-2014. But let us go back to 2012. A lot of expatients received a letter from Jenny Akins and Helen Heap who are Advanced Nurse Practitioners from New Cross Hospital asking if we would attend  a meeting. I did go to the meeting and it was well attended we talked about a support group and a website amongst other things. A few weeks went by and I was asked to another meeting and it was then a committee was formed. I never thought all these years later I would be writing a story on the Wolverhampton Bladder Cancer Support Group website and being on the committee,